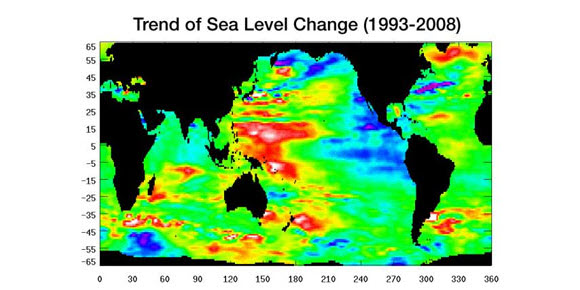 Ambassador Marlene Moses, Permanent Representative to the United Nations for the Republic of Nauru and chair of the Alliance of Small Island States (AOSIS), a coalition of 43 low-lying island and coastal nations highly vulnerable to the impacts of climate change, has sent a letter to international scientific organizations requesting input into the research dialogue on keeping global warming well below 1.5 degrees Celsius above preindustrial levels.

The United Nations Framework Convention on Climate Change (UNFCCC) has agreed limit temperature rise below 2 degrees Celsius with a provision to review the adequacy of this goal in 2015 based on the latest scientific information.

AOSIS, along with over 100 countries, support setting a goal of well below 1.5 degrees, based on existing scientific evidence on climate-change impacts, vulnerability, risks, and adaptation needs. At the present-day warming level of less than one-degree Celsius life-altering impacts have already struck communities in Africa, the Caribbean, the Pacific, and other highly vulnerable regions around the world.

“While the impacts of 2°C warming have been well investigated, more analysis on lower temperature scenarios is necessary to make a fully informed, science-based decision,” the letter says. “Furthermore, the focus of evaluating the long-term global goal should be on the implications for particularly vulnerable developing countries, such as (Small Island Developing States) and Least Developed Countries (LDCs), who will be most affected by the impacts of climate change, and the ambition level of the global goal.”

Parties to the UNFCCC begin the next round of climate talks in Bonn, Germany on May 14th.