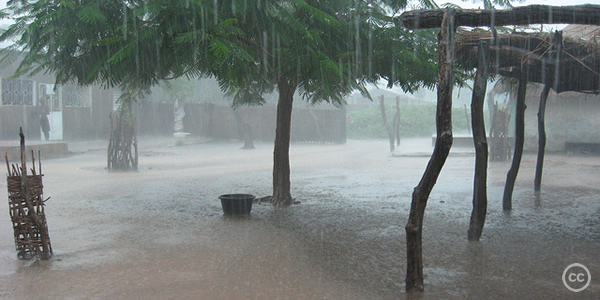 16 NovKyoto to Face Destiny in Doha

The Kyoto Protocol, the only legally binding international agreement with quantifiable targets for reducing the emissions responsible for climate change, will face its destiny at COP 18 in Doha.

The landmark treaty named for the Japanese city where it was signed established many of the primary rules and standards for the multilateral response to the crisis and it has been a central rallying cry for the advocates of action for well over a decade.

But with the KP’s first commitment period set to expire at the end of the year, and key issues related to the second set of obligations unresolved, its future is very much uncertain.

Australia, which has among the highest per capita emissions in the world, has announced that it would be willing to join a second commitment period under the treaty if certain conditions are met.

We’ll watch this development closely, but we know Russia, Japan, and New Zealand have said in no uncertain terms that they are not interested in a second commitment period and Canada – another major emitter – formally submitted its intention to completely withdraw from the treaty at the end of the year.

The European Union said it will accept new obligations, which is a positive step by comparison, but it is not currently supporting several AOSIS proposals to bring greater environmental integrity to the treaty.

First and foremost, the EU should raise its emissions reduction pledge. Its own analysis shows that moving from its relatively modest pledge of 20% to 30% is not only practical it is affordable. Thus, going even higher is well within reach.

Our other positions on the KP include:

• A second commitment period that is five years in length. This would avoid locking in inadequate emissions reduction targets at a time when we know countries need to be doing everything they can to raise, not lower, ambition. The timing also dovetails with the upcoming 2015 IPCC review that will indicate the level of reductions needed based on the latest science. Moreover, it will allow a quick response if parties are out of compliance;

• Provisional application so that the new Annex 1 reduction obligations are legally binding at the start of the commitment period. (We have proposed language that accommodates those countries that have domestic barriers to doing so);

• A responsible solution to the problem of surplus carry over units from the first commitment period. If left unchanged, it is possible that countries could technically meet their obligations even as their emissions rise dramatically; and

• Restricting participation in emissions trading systems to those countries with legally binding obligations to act. Allowing selected parties to enjoy the benefits of trading without making commensurate commitments risks undermining confidence in the entire process.

But perhaps the most important detail to remember is that the KP is the only agreement that makes developed countries legally accountable for reducing emissions (and is thus our sole assurance that the cuts will actually be made). Losing this essential aspect of multilateral relations at a time when the future of the climate regime is so uncertain could be a setback from which we do not recover.